Tomochain (https://www.tomocoin.io) is based on Ethereum code, it wants to drastically improve it to support a scalable ecosystem for decentralized application, token issuance and integration with a much higher number of transactions and provide near free transactions. Tomochain is actually made up of 3 different applications: Tomochain, Tomo App and Tomo Wallet.


The Tomochain itself is a scalable blockchain infrastructure with super fast (2s) and close to free transactions. Tomochain uses multiple secondary layers (horizontal scaling) to solve the scalability issues facing Ethereum. Basically rather than using the mainnet for all transactions, secondary chains will be used. Tomochain supports currently 1000+ transactions per second and plans to support up to 10,000 transaction per second. It is using the Proof of Authority with Masternodes. Tomochain will support Ethereum smart contracts which is a great advantage given the current number of smart contracts on Ethereum that could easily switch to Tomochain. They provide an API for easy token issuances and integrations. You can access their Testnet to see the transaction speed and other statistics. They certainly set up the bar high, it remains to be seen if their team can pull it off. 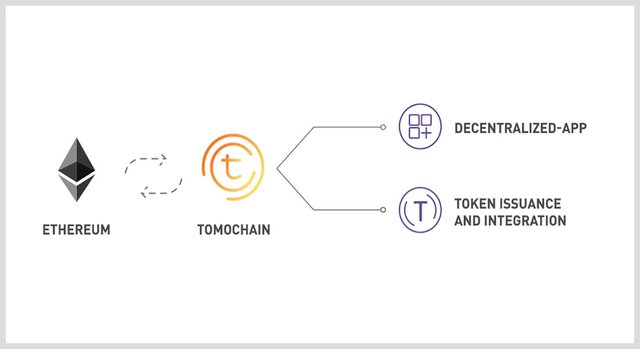 
The Tomoapp is social media application which rewards contributers similar to Steemit. I have used the web application as well as the mobile application. Right now there is already quite a few users (1000+ according to Tomochain), most are asking questions in videos and getting answers from other users. You can also like the posts but the reward functionality is not integrated yet. The web application is not that great, not being optimized for computers screen. The mobile application looks much better fortunately. However I don’t see the added value compared to Steemit. In the whitepaper, they are mentioning that they are more mobile and video friendly as well as having a deep knowledge about Asian social media markets. However, Steemit does have a mobile application (eSteem) and a video decentralized application (Dtube). They will have to work quite hard to make it a real competitor. Steemit being totally dominated (manipulated?) by a few people and an army of bots, if they can create a real decentralized social media application where quality contents are really valued, then it could have a bright future. 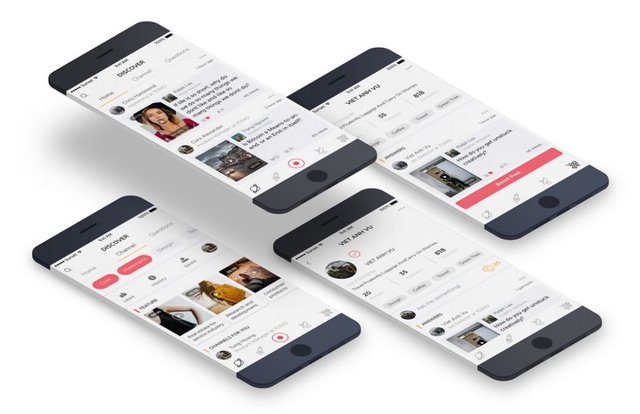 
I have used the desktop wallet and I really like it, you can directly mine the coin from your wallet, transfer Tomocoins from Tomochain to Ethereum or send them to another wallet. The Android/IOS wallet has an attractive design. The wallet is open to 3rd party token and there is an API for 3rd party application and bots. 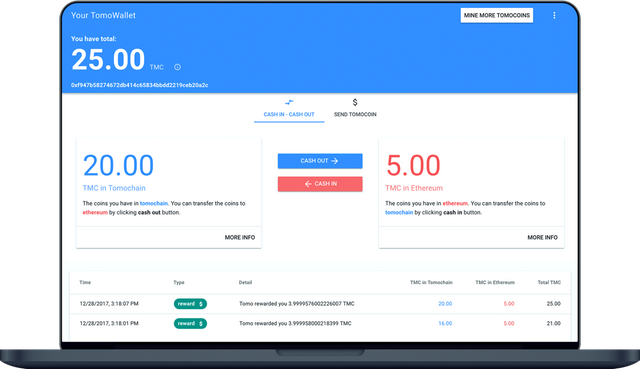 
The price of the token will be determined by the popularity of the platform. The total supply will be capped at 100 million and starting at 50 million which is quite small by today’s standards. 50% will go to the crowdsale participants, 15% to the company, advisors and bounties and 35% to the reward engine. The inflation is set at 4.5% per year for 8 year. The Market cap is only 8.5 million. Yes you read it right, only 8.5 million, which is close to nothing compared to their competitors. You can safely assume that the price of the token will increase quite nicely. However, the token is not available on major exchanges. 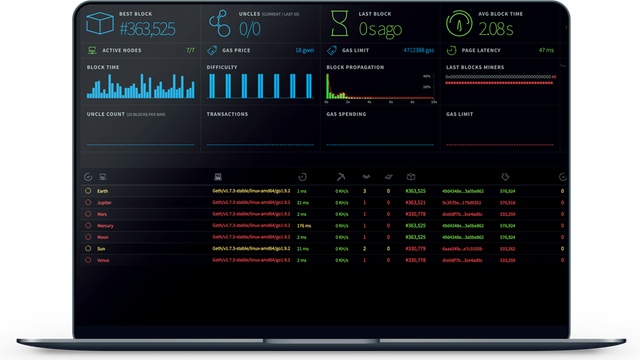 
The company is from Vietnam. The CEO is the co-founder of Nem which confirms the seriousness of the project. The rest of the management team have rich background in the sector. Furthermore, one of the investors/partner is no other than NEO which seems to indicate that they see a lot of potential in Tomochain. 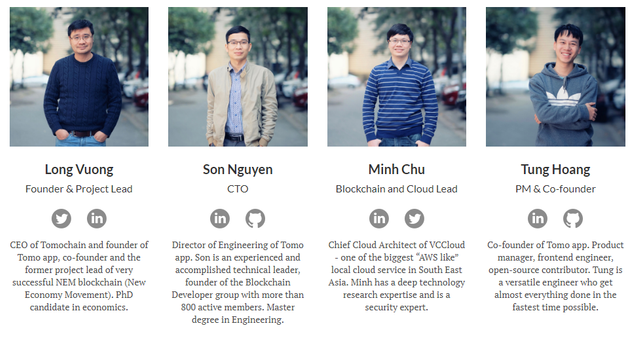 
The website is pretty complete describing their vision with a video, the different components of the ecosystem (with links to the whitepaper, wallet, and app), the roadmap, team, investors and social media. In terms of social media, they have close to 18k members on their Telegram channel, 7k followers on FB and close to 6k followers on Twitter. I have read the entire whitepaper which is at the same time quite complete and technical but somewhat lacks some details especially on their blockchain.


I think this project has quite a lot of potential even though they face a lot of competition. The team seems really good and being backed by Neo gives the project a lot of credibility. Given the very low market capitalization, I think it could be a very good short investment. The risk is probably higher for a long term investment but If the mainnet can be launched successfully at the end of the year as mentioned in their roadmap, that should trigger a strong price increase. Right now, the price is at around $0.5. As usual, do you own research before investing. I’m not a financial advisor.