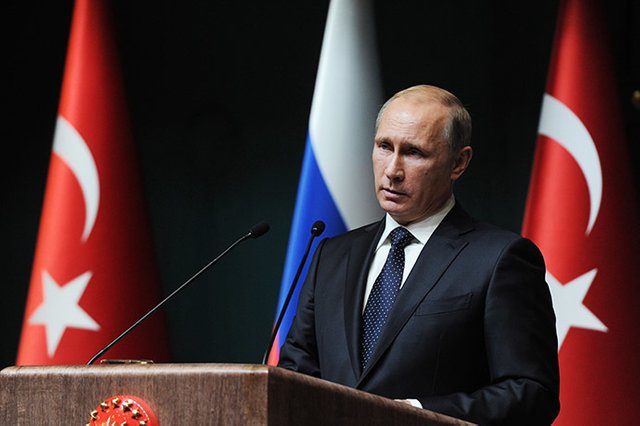 The visit of Recep Tayyip Erdogan to Vladimir Putin in summer 2016 sealed a tactical reconciliation between Russia and Turkey. The downing of the Russian jet fighter back in November 2015 by the Turkish army and the anti Assad attitude shown by the Turkish authorities (and even a semi support of ISIS to weaken the Kurds) brought a complete freeze on diplomatic relations. The Russians took immediate measures that crippled the Turkish economy (ban of Russian tourists, food ban on Turkish exporters, construction projects forbidden for Turkish firms, resulting in a $10Bn loss for the economy). Internally, several bloody terrorists attacks across Turkey committed by ISIS and the Kurdish separatists (PKK) diminished the image of the government. Externally, anti-democratic laws taken by the Turkish government and its use of the migrant crisis as a bargaining tool quickly led to the deterioration of the relations with the EU and the US. Erdogan was then cornered. 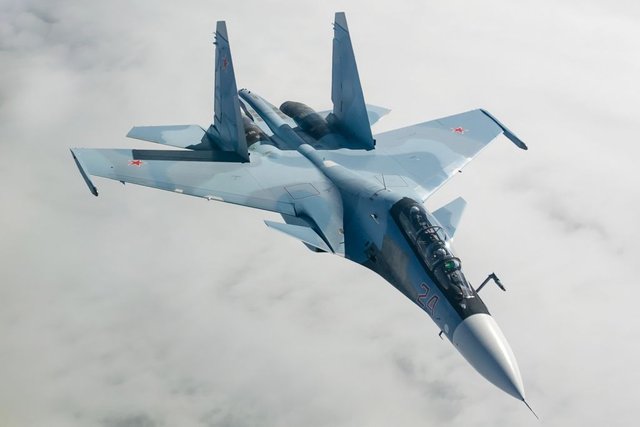 Before the failed coup d’Etat, Turkey re established relations with both Israel (6 years after the shooting of 10 Turkish nationals by Israeli marines), and Russia (Erdogan expressed regrets for the downing of the Russian jet fighter). But the attempted coup d’Etat on July 15th changed everything. It is possible that the US and some European countries (like the UK, France and Germany) helped the coup or did not try to prevent it in order to have someone in place that would be more aligned with their interests. The country is part of NATO and strategically paramount being the only Muslim country in the alliance. Turkey is also a key country for Europe acting as a pivot to the Middle East as well as a buffer against potential additional waves of migrants which could polarize even more public opinions in European countries. The shocking Brexit referendum results and still strong anti immigration political parties in Austria, France and Germany could still shake the EU even if the French Election saw the election of a the Pro European Emmanuel Macron. But after the numerous terrorists attacks in France, Germany, the UK or Belgium and series of sexual attacks committed by refugees in Germany or Sweden, it is more than likely that Europe only bought itself some time. 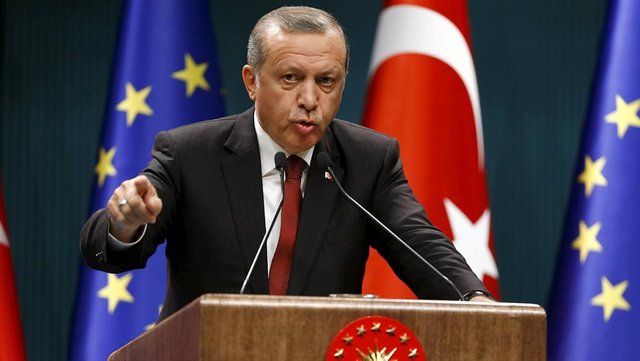 According to diplomatic sources in Ankara, the failed coup d’Etat was apparently diffused by intelligence provided by the Russians a few hours before it happened and thus saving the Turkish government. Russia (as well as Iran) were the first to congratulate Mr Erdogan the day after. A move that could be seen as counter intuitive since President Putin has not in the past tried to hide his hatred for the Turkish president. However, this regime even if it causes some unease on the Russian part is also handicapping NATO and the western alliance which is a key objective of Russia. Furthermore, a successful coup would have provided a much more US aligned government; isolating more Russia on the international scene. 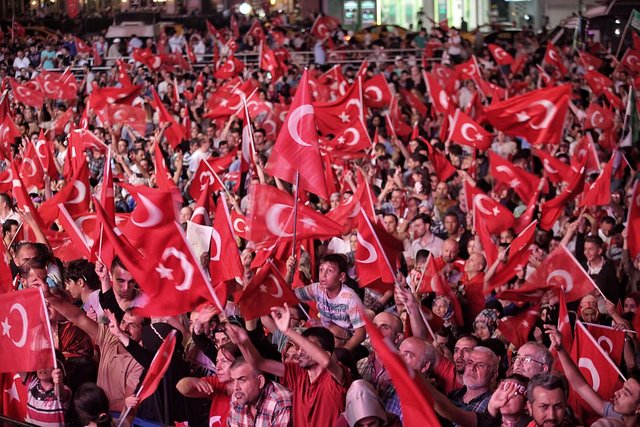 This intervention not only saved Erdogan but also provided him a fantastic opportunity to silent any opposition in the country. The dismissal (or even imprisonment in certain cases) of 82,000 people in the military, the education, health care system and in the private sector has been heavily criticized abroad but supported by the majority of the population. With a divided opposition and the Turkish government using nationalists and religious arguments to rally the masses, he was even able to call and win a referendum with a thin majority (which is quite striking since every single newspaper and TV channels in the country were calling to vote yes) giving full powers. His dreams of becoming the new sultan of Turkey finally came. 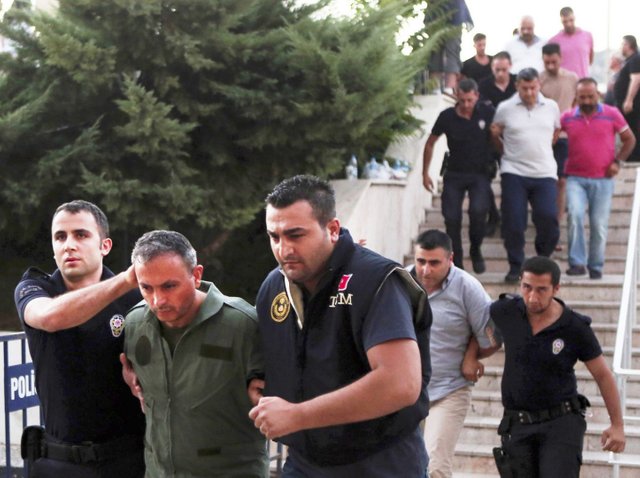 And the Russian intervention proved to be very successful strategically for Vladimir Putin, Erdogan being pushed away from the US and the EU had no other option than embracing a Russian alliance. Not only he apologized for shooting down the Russian fighter jet but also conveniently put the blame on rogue elements in the military (allegedly supported by Fethullah Gülen and his movement). The tone was certainly a lot warmer on the Turkey side while the Russian officials were more measured. But Turkey is also weaker and has to put his pride on the side. Several economic deals were restarted like the construction of a nuclear plant and the Turkish stream partnership. This oil pipeline would go from Russia through the black sea to Turkey (and then the rest of Europe) to avoid Ukraine which would ascertain the energy supremacy of Russia over Europe. 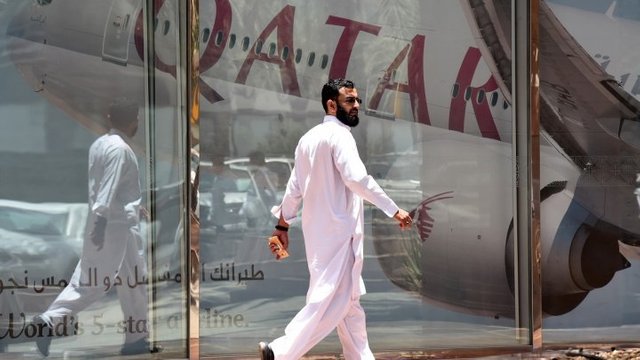 But the biggest consequences have been felt in the middle east. With Russia having strong links with Iran, we can see a new alliance emerging. And the Gulf countries despite the backing of President Trump are getting more divided and weaker. The recent diplomatic row between Qatar and the rest of the Gulf countries could look like a show of strength from mainly Saudi Arabia and the UAE but if we look closely, it shows the exact opposite. Qatar is maintaining ties with everybody including the two mortal enemies of Saudi Arabia: the Muslim brotherhood and Iran. And by sanctioning Qatar, they are actually pushing the country in the arms of Turkey and Iran which came to its rescue right away by providing food supply. And accusing Qatar of supporting terrorism coming from Saudi Arabia is like having Adolf Hitler accusing Joseph Stalin of crimes against humanity… Saudi Arabia is also deeply affected by the low price of oil and the terrible genocide that they are committing in Yemen with a complete blackout from the medias. And yet even with the most advanced and expensive weapons coming from the US or France, their army has not been able to win this war. 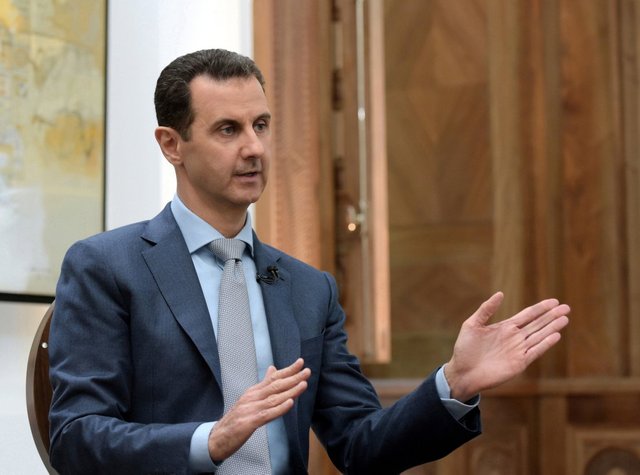 This new alliance between Russia, Iran and Turkey is also facilitating Vladimir Putin’s mission in Syria to reinstate a strong and coherent government notably during the discussion in Astana and this would be impossible without Turkey’s help. If Qatar joins the alliance and can be convinced to drop their support to the Islamist opposition in Syria, that will reinforce Bachard Al Assad, the Russian army and the Iranian militias.