Idiocracy in full force in the US

Idiocracy in full force in the US 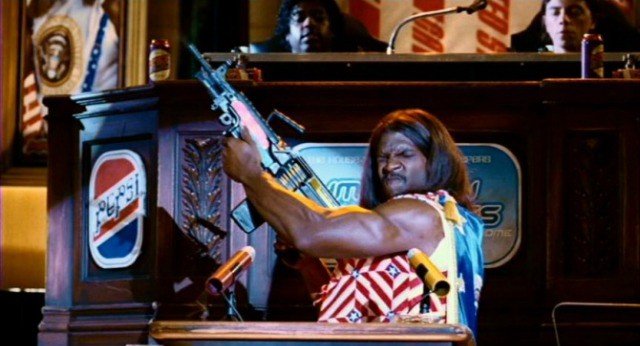 Maybe some of you have seen Idiocracy, a movie where a normal guy with a normal IQ is sent to the future and find out that he is the smartest guy on the planet because dumb people have had a lot more children than smart people and the average IQ dropped drastically. And there is a strong parallel here with the current situation in the US.


I left the US last year after spending 6 years in New York, and I was not that surprised by Trump’s victory. If you have lived in the US, you will understand what I mean. Yes New York and California are progressive but try driving an hour away and you will find that being smart is frowned upon, and TV and sport are always so much more important than knowledge and culture. Ignorance is valued (just look at the republican primary to give you an idea). The past 30 years have seen an explosion of the entertainment industry, and at the same time a drastic reduction in spending for primary education which resulted in the US dropping in the rankings (PISA ranks them 24th for reading or 36th for mathematics!). And the media are definitely part of the problem. Have you tried watching CNN (vs. the BBC or even Al Jazeera), it’s not news, they can talk for 2 hours about a white shark sighting in Florida and repeat over and over again with different words the same thing, the analyses are extremely simplistic, do not educate people and when it comes to international affairs, they usually can’t even come up with a correct map! Everything has to be black or white when most things in our world are usually a shade of gray. The teachers in the US are not recognized and not valued while they are the backbone of any developed nations. Countries that rever them are at the top of the world education ranking (like Hong Kong, Singapore, China, Korea or Japan) and usually do better economically speaking.


And this election has proven something, people look at the one that is the most vocal, and controversial. And truth does not matter, it’s like a reality TV show, you know that everything is scripted and fake but incredibly people will still believe the most outlandish politicians without checking any facts. That’s why the most interesting politicians during the republican primary did not matter, because their discourse were too complex for the audience to understand. Trump understood that you have to talk like a 12 year old to make an impact in today’s politics because this is the level of the audience! Anything more complex is deemed arrogant. So rather than progressing, we are regressing and going back to animal instincts: hatred, sexism, racism and ignorance. And if you ask Trump’s supporters why they voted for him, they will just repeat “make America great again” because they don’t care about the program or maybe just key words (repeal Obamacare, or ban abortion…). They want simplistic answers for a complex world.


Furthermore, the harsh 2008 crisis really impacted the life of many Americans and is not over contrary to what the medias are telling us. The statistics are misleading, when we look at the unemployment rate, it’s supposed to be 5% but they look at a rather strict definition of unemployment, if you have worked a single hour last month then you won’t be counted as unemployed! The true figure is around 15% when you take into account part time jobs that does not even allow you to pay rent (even less other bills). And the economic growth is not felt by the majority of people who have not seen their salary go up for several years, if they are lucky enough to have a job. All the industries that have left the country for the past 20 years have created a huge class of disenfranchised people who voted for Trump because he promised them that he would repeal NAFTA and the TPP and bring back the jobs that we shipped to China.


Politicians have defunded education to control the masses and they have succeeded beyond their wildest hopes and it’s getting out of control, we are like the roman empire on the verge of collapse where Americans become a threat to each other.